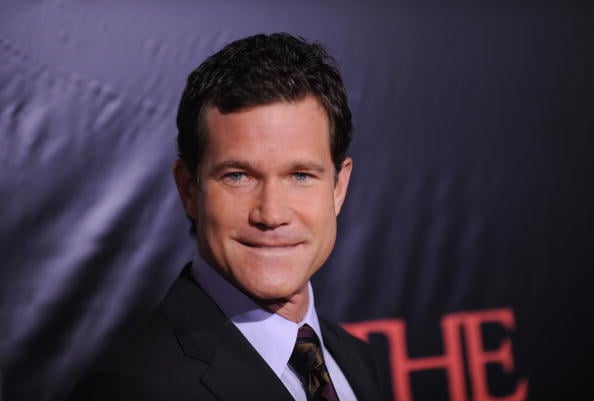 What is Dylan Walsh’s Net Worth and Salary?

Dylan Walsh is an American actor, producer and director who has a net worth of $2 million. Dylan Walsh is best known for his roles on the television series “Nip/Tuck,” “Unforgettable,” “Blue Bloods,” and “Superman & Lois.” He also had main roles in the 90s on the short-lived series “Gabriel’s Fire” and “Brooklyn South.” On the big screen, Walsh has appeared in “Betsy’s Wedding,” “Arctic Blue,” “Nobody’s Fool,” and “Authors Anonymous,” among other films.

Dylan Walsh was born as Charles Hunter Walsh on November 17, 1963 in Los Angeles, California to parents who worked for the United States Foreign Service. Due to this, he spent his childhood growing up in various countries around the world, including India, Pakistan, Indonesia, and Kenya. When Walsh was 10, he returned with his family to the US and settled in Virginia. Later on, he went to the University of Virginia, from which he graduated with an English degree in 1986.

Following his graduation from Virginia, Walsh moved to New York City to pursue a career in acting. In 1989, he landed his first pair of television roles, which were in the television film “When We Were Young” and in an episode of the sitcom “Kate & Allie.” The year after that, Walsh had his first main role, playing Louis Klein on the ABC crime drama series “Gabriel’s Fire.” The show ended after a single season. Later in the decade, from 1997 to 1998, Walsh starred on another short-lived series, the CBS police drama “Brooklyn South.” His next roles came in episodes of “The Twilight Zone” and “Presidio Med” in 2002. Walsh subsequently began playing the main role of Dr. Sean McNamara, a controversial plastic surgeon, on the Ryan Murphy FX medical drama series “Nip/Tuck.” He starred alongside Julian McMahon, John Hensley, and Joely Richardson, among others. A popular and critically acclaimed show, “Nip/Tuck” ran for six seasons from 2003 to 2010.

While he was still on “Nip/Tuck,” Walsh appeared in episodes of “Everwood” and “Law & Order: Special Victims Unit,” and starred in the Lifetime movie “Lost Holiday: The Jim and Suzanne Shemwell Story.” Following the end of “Nip/Tuck,” he landed his next main role on the police procedural series “Unforgettable.” He played Lieutenant Al Burns, Commander of the 117th Precinct’s Detective Squad in Queens, New York City. The other star of the show was Poppy Montgomery, who played a detective with an acute photographic memory. “Unforgettable” ran for four seasons through 2015, first on CBS and then on A&E. During the show’s run, Walsh appeared in episodes of various other series, including “Drop Dead Diva,” “Revenge,” “Castle,” and “NCIS: New Orleans.” He subsequently made appearances on “Designated Survivor,” “Longmire,” and “When We Rise.” In 2018, Walsh had a main role on the short-lived CW series “Life Sentence.” The year after that, he had a recurring role on “Whiskey Cavalier,” and began another recurring role on “Blue Bloods.” In 2021, Walsh started playing the main role of Sam Lane, the father of Lois, on the CW superhero series “Superman & Lois.”

Walsh first appeared on the big screen in the 1989 comedy “Loverboy,” playing the rival of Patrick Dempsey’s main character Randy. He followed this with supporting roles in two 1990 romantic comedies: “Betsy’s Wedding” and “Where the Heart Is.” In 1993, Walsh had a bigger part in the action thriller “Arctic Blue,” playing an amateur Alaskan marshal named Eric Desmond. The year after that, he played the estranged son of Paul Newman’s character in “Nobody’s Fool,” and was the brother of William McNamara’s character in “Radio Inside.” Walsh’s other notable credits in the 90s include the science-fiction action film “Congo,” in which he plays a California primatologist; the indie drama “Men,” in which he plays the alcoholic ex-boyfriend of Sean Young’s character; and the action film “Final Voyage,” in which he stars as a cruise ship passenger forced to take on a gang of modern-day pirates.

In 2002, Dylan appeared in Clint Eastwood’s mystery thriller “Blood Work” and the war film “We Were Soldiers,” starring Mel Gibson. He subsequently starred alongside Alison Eastwood in the action film “Power Play.” In 2005, Walsh was part of the cast of the thriller “Edmond,” adapted by David Mamet from his eponymous play. His credits following this were the fantasy romance “The Lake House,” the romantic comedy “Just Add Water,” and the remake of the thriller “The Stepfather.” Walsh next appeared in the biographical sports film “Secretariat.” In 2014, he acted alongside Kaley Cuoco, Chris Klein, Tricia Helfer, Jonathan Banks, and Dennis Farina, among others, in the comedy “Authors Anonymous.” Walsh’s other credits have included “C Street,” “Fright Fest,” and “Alter Ego.”

Walsh has been married multiple times. His first wife was actress Melora Walters, to whom he was wed from 1996 to 2003. The couple has two children named Thomas and Joanna. Following their divorce, Walsh married actress Joanna Going in 2004; they had a daughter named Stella prior to the marriage. Walsh and Going divorced in 2012. A decade later, Walsh wed his third wife, Leslie Bourque. Together, they have two children named Amelie and Hudson. 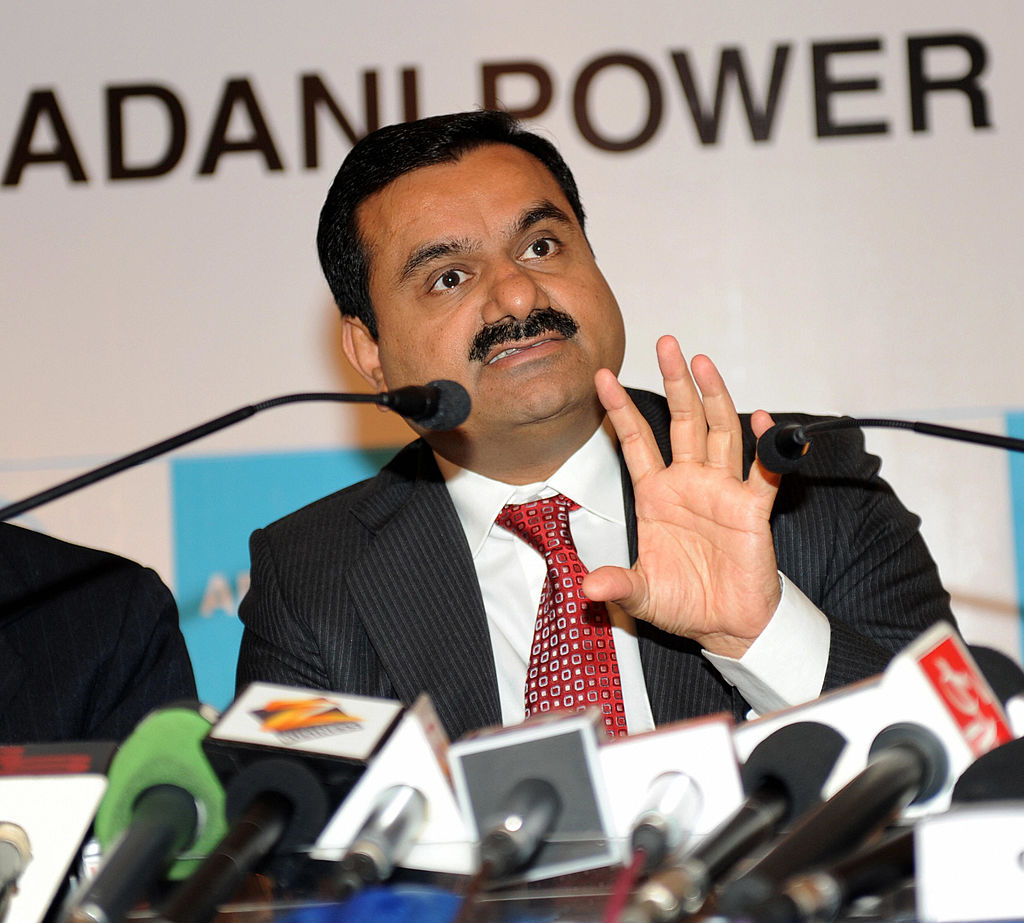 While most of the top richest people in the world have seen their fortunes dip over the last several months, no one has seen their fortune grow quite as much as Indian businessman Gautam Adani. Not only is Adani now the richest person in Asia and the first person from that continent to crack the barrier into the top three richest people on Earth, but his wealth has now finally surpassed that of Amazon founder Jeff Bezos, making him currently the second richest person on the planet.

Adani has had an incredible year in the business world. At the beginning of the year, his net worth was a comfortable $75 billion, which was enough to make him the 13th richest person in the world. But since then, his wealth has almost doubled to the figure of almost $147 billion as of this writing. That makes him the second richest person in the world, surpassing Jeff Bezos, as it was already predicted he was on the verge of doing earlier this month.

Most of Adani’s fortune is tied up in his flagship corporation Adani Enterprises Ltd., which has seen its stock prices surge to new heights even as other companies struggle in a volatile world economy. That, combined with Bezos’s own stock in Amazon sinking on the stock market, has produced the shake-up on the list of the world’s richest people, and now only Elon Musk is wealthier than Adani. Of course, Adani still has another $100 billion or so to add to his net worth if he wants to unseat Musk as the world’s richest person, so if he’s competitive at all in this area he’ll have to be patient as well.

Adani Enterprises Ltd. and many other companies fall under the umbrella of the Adani Group, a conglomerate founded by Adani himself. Many of its holdings are in the energy sector, including power plants and coal mines. Adani reportedly holds 75 percent of Adani Enterprises stock, having founded that company in 1988 – which is why he’s in such a position to benefit now from its recent stock market spikes. 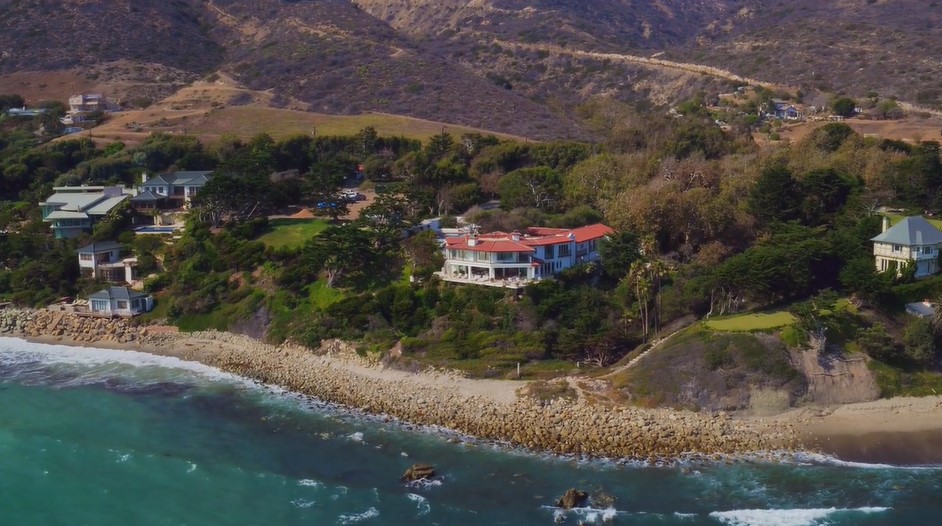 A luxury beachside property in Malibu now has two members of celebrity royalty in its history. In an off-market deal that closed earlier this month, Kim Kardashian just purchased a beautiful 3.18-acre Malibu estate that once belonged to Cindy Crawford. Kim’s purchase price? A touch over $70 million.

$70.4 million, to be precise, a sum that makes it the most expensive residential real estate deal in Malibu in 2022 so far, as well as the fourth most expensive in the entire state of California. Among those three sales one includes Drake’s, $75 million Beverly Hills purchase in March of this year.

As we previously reported, Kim’s new Malibu mansion was bought in 2018 by a hedge fund manager named Adam Weiss. Weiss bought the compound from Cindy Crawford and her entrepreneur husband Rande Gerber.

The Cindy + Rande compound was purchased in 2015. And at the time it was actually a two-parcel 7+ acre property. Cindy and Rande split the property in half. They still own the other half. In 2018 they sold the other half to Adam Weiss for $45 million.

Weiss listed the property in March 2022 for $99.5 million. He lowered the price to just under $90 million in July before finally accepting Kardashian’s $70.4 million offer.

As for the home itself, it’s a 7,450-square-foot stunner with four bedrooms and five and a half bathrooms, dating all the way back to 1944 but extensively remodeled in both the 90s and in 2016. Its most recent renovation brought the home up to date, with an emphasis on (per official marketing materials) its “chic style and serene setting with the ultimate indoor/outdoor flow.” But such things are usually better appreciated visually, which you can do by checking out the video below from Berlyn Media:

Jimmy Garoppolo Could Earn Millions Thanks To Trey Lance’s Injury 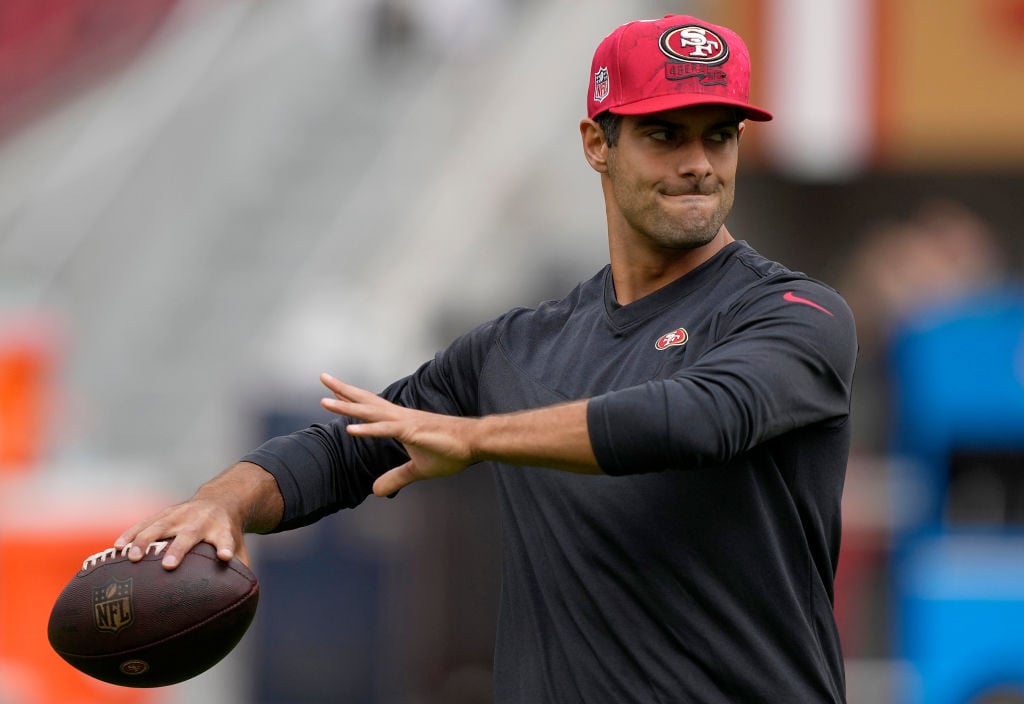 This whole offseason, rumors swirled around San Francisco 49ers quarterback Jimmy Garoppolo. Despite a Super Bowl appearance three seasons ago and a trip to the NFC Championship Game last year, the team was ready to move on to Trey Lance, a speedy quarterback with a strong arm.

As the summer came and went, Garoppolo didn’t receive much interest from other teams. So, the Niners re-signed him, but with a pay cut; Garoppolo’s base salary went from $24 million to $6.5 million.

Now, thanks to an injury, he can earn up to $16 million this year.

In the first quarter of San Franciso’s Week 2 game, Lance broke his ankle. The injury will require season-ending surgery, so Lance is on the shelf just five quarters into his first year as the starter. And that means Garoppolo will step back into the familiar role as the Niners’ first-string quarterback.

That would be a pretty nice consolation prize for his pay cut, though Garoppolo is sympathetic towards Lance’s situation. Garoppolo tore his ACL in September 2018, undergoing a lengthy rehab process to get back on the field. It’s the latest tough blow for Lance, who has already experienced multiple injuries despite limited playing time throughout his career. In his first start, he sprained his left knee, and he broke a finger in a preseason game.

Lance’s propensity for getting injured was a key factor in the Niners re-signing Garoppolo. And now, the starter-turned-backup will be back in a familiar role for the rest of the season.

After years of coming close to a title, it would be quite the storybook ending for Garoppolo to win the Super Bowl in a season where he began as a backup. But that’s a long way off. In the meantime, Garoppolo is focused on helping the Niners win. After all, each victory is extra money in his pocket.